In October 2019 I was both surprised and delighted to receive Honorary Fellowship of the Institute of Medical Illustrators (IMI) and was presented with this at their annual conference, held in Belfast that year. Surprised, as I certainly wasn’t expecting it and had been given no advance notice, and delighted as the nomination had come from Jerry Nayler and was seconded by Kathy McFall and Carol Fleming. All three of these are good friends as well as respected colleagues, so it was a pleasure to receive the certificate from Kathy, who was then Chair of IMI. Carol was there too, organising a great deal of the proceedings in her role as Honorary Secretary.

I have been involved with IMI in one way or another since becoming a medical photographer in the late 1970s. I had arranged regional meetings in the London area, edited IMI News for a period, I had been Chairman in 1993-95 and have been part of the education and training work of the Institute since the early 1990s. The very flattering nomination is shown here, with the picture of me receiving the Honorary Fellowship. 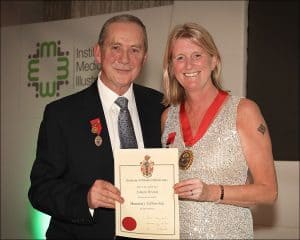 “In recognition of Simon’s career-long contributions to medical photography and illustration, his active involvement in the Institute, his personal achievements as a clinical photographer and multi-skilled medical illustrator, and his commitment to education and training.

In 1987 Simon went to the Institute of Child Health as Ray Lunnon’s Deputy before taking over as Director of Photography and Illustration in 1989, a post he held for seven years. In this time he gained Fellowships of both the BIPP and the US-based BioCommunications Association (BCA), as well as completing a three-year Master of Science degree in medical illustration at the University of Wales College of Medicine.

Simon applied himself to every aspect of the growing range of services within a large medical illustration department, including typography, design and video production. In 1996 he went on to run the Media Resources Unit at UCL, taking on the development of novel forms of communication technology in the academic environment. In 2003 he was awarded the Norman K Harrison medal by the Chairman of IMI and in 2005 he was presented with the prestigious Combined Royal Colleges Medal by the Royal Photographic Society. Then in 2006, having stayed in London throughout his working life, he left to go back to his first love and run his own freelance photography business from a new location in Worcestershire, where he still undertakes clinical photography as well as a broad range of commercial photography.

One of Simon’s major contributions to the profession is in the fields of education and training. He was instrumental in setting up the full-time BSc degree course at the University of Westminster as well as the Graduate and Postgraduate certificate courses at Staffordshire University. He continues to take a leading academic role at Staffordshire and as the current External Examiner for the Cardiff PGC, from which courses many of today’s established medical illustrators graduated and passed on the high standards of clinical photography and graphic design that pertain in medical illustration departments throughout the UK.

Simon served as Chairman of IMI from 1993 to 1995, at which time the Institute was working hard through the Committee for the Accreditation of Medical Illustration Practitioners (CAMIP) to achieve state registration for clinical photographers. The raising of educational standards made this a much greater possibility and Simon continued to strive toward this as a Member of the Board of Directors of CAMIP. Taking over as CAMIP Registrar, and working together with Carol Fleming and Jerry Nayler, he oversaw the eventual transfer of the register to the Academy for Healthcare Science (AHCS) Register of Medical Illustrators. This was a major step in the evolution of medical illustration and came after many years of work by Simon and others. Simon continues his involvement today as a member of the AHCS Registration Council. He also contributes to IMI’s Education Committee and acts as Chief Assessor for IMI Fellowships.” 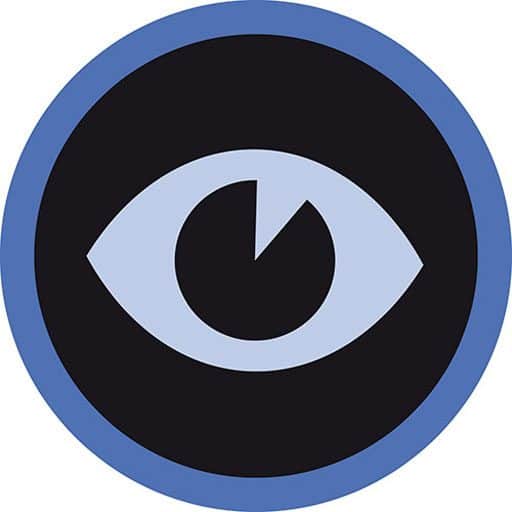